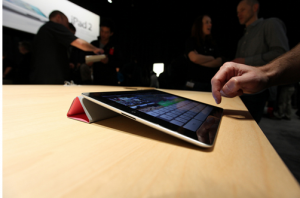 Apple and Google are two of the very biggest names in Tallahassee SEO. Both companies routinely introduce products and services that no one has

seen before, and both are constantly pushing forward, not content to rest on their past successes. It seems inevitable that these two companies will eventually be direct competitors in a high-profile market, and recent events suggest that that market will be the field of search engines.

The Stage is Set

Your Tallahassee SEO company estimates that three quarters of all mobile Google searches take place on Apple devices. But Google’s contract with Apple as the default search engine is set to expire soon, and many experts with their eyes on the situation think that the contract won’t be renewed. One guess is that Bing will become the new default, but there is another interesting possibility: a brand new search engine owned and operated by Apple itself.

If Apple decides (either now or later) to introduce its own search engine and, presumably, make it the default for its mobile devices, it appears that it would become Google’s biggest competitor practically overnight. But it would be a mistake for Apple to assume that those customers would be content to switch to their engine if it’s not a worthy alternative. An inferior search engine could prompt people to do something they normally don’t: figure out how to change their Safari browser’s search engine from the default to one that they like better.

The possibility of a new search engine joining Google, Bing, and Yahoo! illustrates the need for a Tallahassee SEO company to avoid catering to one search engine’s algorithm while ignoring others. If Apple’s engine does materialize and pull mobile searchers away from Google, sites that have focused on Google’s algorithm could find themselves performing poorly in a larger percentage of searches.