Google Is Filtering Out Anonymous Reviews From Google My Business 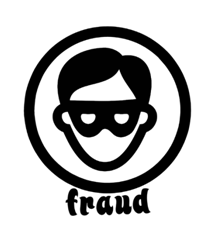 Google has a long history of doing battle with the kinds of people who are referred to as “trolls” today. No one used that term decades ago, but as soon as businesses and other organizations began to use the Internet to publicize themselves and interact with customers, competing companies and others with a bone to pick began to spread false information about them. Thus the field of online reputation management arose, through which organizations (and sometimes individuals) seek to undo harmful activity that has been unfairly posted about them.It’s in Google’s best interests to be on the front lines of this battle, because the more businesses feel they can trust Google to protect their reputations from fraudulent attacks, the more they will use Google for reviews, user comments, and other feedback types. Last month, Google took another important step toward making its environment safer in the area of reputation management.

Reviews: Worth Their Weight in Gold

While word-of-mouth reputation is one of the oldest forms of marketing, the five-star online review system has taken it to a whole new level. It’s so powerful that a company with nothing but 5-star reviews on Google commands nearly absolute trust from potential customers. On the other hand, it doesn’t take a dismal 1-star average to sink a company’s reputation: even an average of three stars is enough to cause most searchers to look elsewhere for high quality.

For these reasons, companies are extremely interested in getting satisfied customers to review them on Google. Conversely, they are interested in avoiding dissatisfaction, knowing that a disgruntled or mistreated customer has a powerful weapon of retaliation at their disposal: the dreaded 1-star review. It’s not too much to say that the ease of posting public reviews has become one of the foremost influences driving companies across the spectrum to treat their customers with as much consideration, respect, and excellent service as possible. They know that what those customers post on Google about them after they walk out the door will be one of the biggest factors in whether new customers come their way.

Enter the problem of “anonymous reviews.” There are a variety of reasons why a person would want to review a company without attaching their identity to it, but there’s one main reason that frightens service providers: it could be a person that isn’t one of their customers at all. An anonymous review could be left by someone who has an unscrupulous reason for hurting a company’s reputation: perhaps they work for a company in the same market that has an interest in lowering the reputations of its competitors. Even worse, it could be an agent paid to do “whatever it takes” to put a company ahead of its competitors, and that could include hurting the competition through poor reviews.

In any case, it’s generally a bad thing for companies for people to have the ability to anonymously review them. After all, negative reviews are the ones most likely to be posted anonymously, whether or not they’re legitimate. Google had already implemented measures that discouraged anonymous reviews; only an estimated 3% of all reviews on Google were anonymous as of this year. But in June, Google publicly announced that it was putting an end to anonymity in its review system.

As of June 2018, Google no longer allows people to post reviews of companies or organizations without identifying themselves. What’s more, the search engine is removing anonymous reviews that have already been posted, eliminating their effects on the reputations of businesses.

It’s important to note that not all anonymous reviews are negative. Some people simply want to make their voices heard about an experience they had (whether good or bad) without attaching their name. As a matter of fact, the removal of anonymous reviews may have an initial negative effect on some companies’ reputation, since the total number of reviews is an important factor. If a company had a large number of anonymous reviews, the removal of those reviews may hurt that company a little bit in the short term. Moving forward, however, it will certainly be a good thing for people to be required to stand behind what they say about service providers online.