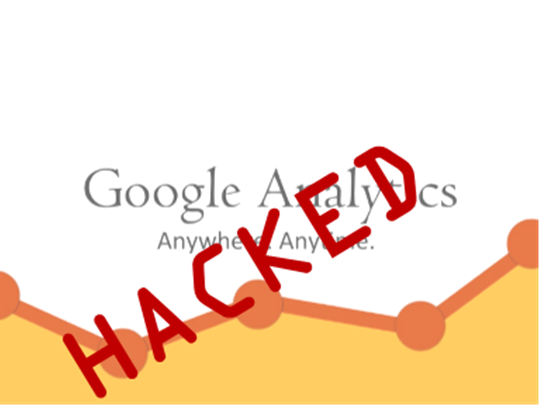 During the weeks surrounding the 2016 U.S. presidential election, you could hardly turn the news on without hearing about Russian hacking. The contentious political arguments over whether

Russians hacked emails, whether they favored a particular candidate, how much they may have influenced voters, and whether any of it actually happened or not are all far outside the scope of our little Greenville SEO blog. We’re here to talk about a different brand of Russian hacking, which has been negatively affecting Google Analytics users for over a year now. It’s in your best interest to at least be able to recognize this attack if it happens to you, and to make sure you have capable professional help to defend your Analytics reports from it.

In the current most well-known version of this particular attack, an odd message appears as the name of one of the addresses of your website’s visitors in your Analytics report. The message presents some type of invitation to click, maybe offering a prize or other reward, and includes a slightly altered version of a popular URL such as Google.com. Obviously, if you click through you simply land on a useless website and suffer the embarrassment of having fallen for a trick. But how did that message get into your Analytics report in the first place? And why did someone hack your Greenville SEO campaign at all?

How It Got There

These hackers use an analytics tool that is intended to give owners of multiple websites (versions of the same site in different languages, for instance) the ability to combine metrics from all of those websites in a single report. Through a complicated process, the hackers can essentially get into your reporting protocol and combine the metrics of their own website (the one with the strange message) with those of yours in your reports. The most obvious result is that your visitor data is thrown way off, because Analytics is now combining it with data from a website that is totally unrelated to yours. And when you look through your metrics report, you also see that message listed prominently.

So, why would a hacker, Russian or otherwise, want to mess with your Greenville SEO analytics? The biggest reason, although it’s one that doesn’t strike most U.S. users as a strong incentive, seems to be simple disruption. Hackers who have a personal vendetta against you, the website owner; a group with which you are affiliated; or Google itself get a sense of satisfaction from breaking in and ruining your data. And if the hack originates in Russia, as many of these schemes seem to, there is really no way for Google or U.S. agents to seek legal action against the hacker. In fact, the current most well-known hacker executing these attacks makes no secret of his identity or email address, even granting interviews to tech magazine/website reporters who reach out to him.

Another goal, however, is to increase traffic to the hacker’s own website. Each time a curious Analytics user clicks on the unusual message, it’s another visitor logged for that site. It’s not the most efficient or effective way to build visitor traffic, but with enough attacks on enough websites’ Greenville SEO accounts, it does make a difference.

How Your Greenville SEO Consultant Stops It

So, the most important question is this: how can you protect your Analytics data from this attack, no matter what country it comes from? If you don’t have a lot of experience with Analytics, and you don’t spend a lot of time looking at the code of your website, it’s going to be very difficult. But a professional Greenville SEO consultant can create and apply a filter to your account that will block hackers from hijacking it and ruining your reports.

This is by far the only threat to your website; hacking is a much bigger business than most people realize, and the lack of legal power across international borders in cyberspace only makes the problem worse. The best move for a website owner is to get the help of a Greenville SEO provider that stays up to date on the latest threats and builds you an effective defense system against them.